As promised before, the General Texture Resources from other games.

Now for something new, a texture collection originally made by RaVeN-Roulette in a 7zip file, now easily accesible through Google Drive, no need to download everything if you don't want to. It includes 17 Games and 400+ Wrestlers, from Day of Reckoning up to WWE 2K17 including other companies (AAA and TNA for an instance), more information on the spoiler. I will try to get his Yakuza 6 textures here soon. I also plan on updating this with texture from newer games and some that are missing, if possible. Enjoy!

I'm afraid it doesn't. It's not something I noticed until you pointed it out. Weird.

How many face textures for WWE SmackDown vs RAW 2011 do you have? Reason why I'm asking is because, I found this image of a face texture of Drew McIntyre from pinterest.com, & I am assuming that it's edited to resemble his modern day incarnation, what with the beard & all that, which leads me to believe that there's a non-edited version floating somewhere out there, just beyond my reach. But this is as close as I can get, at the moment, though. In the meantime, however, I'm gonna let you look at it. 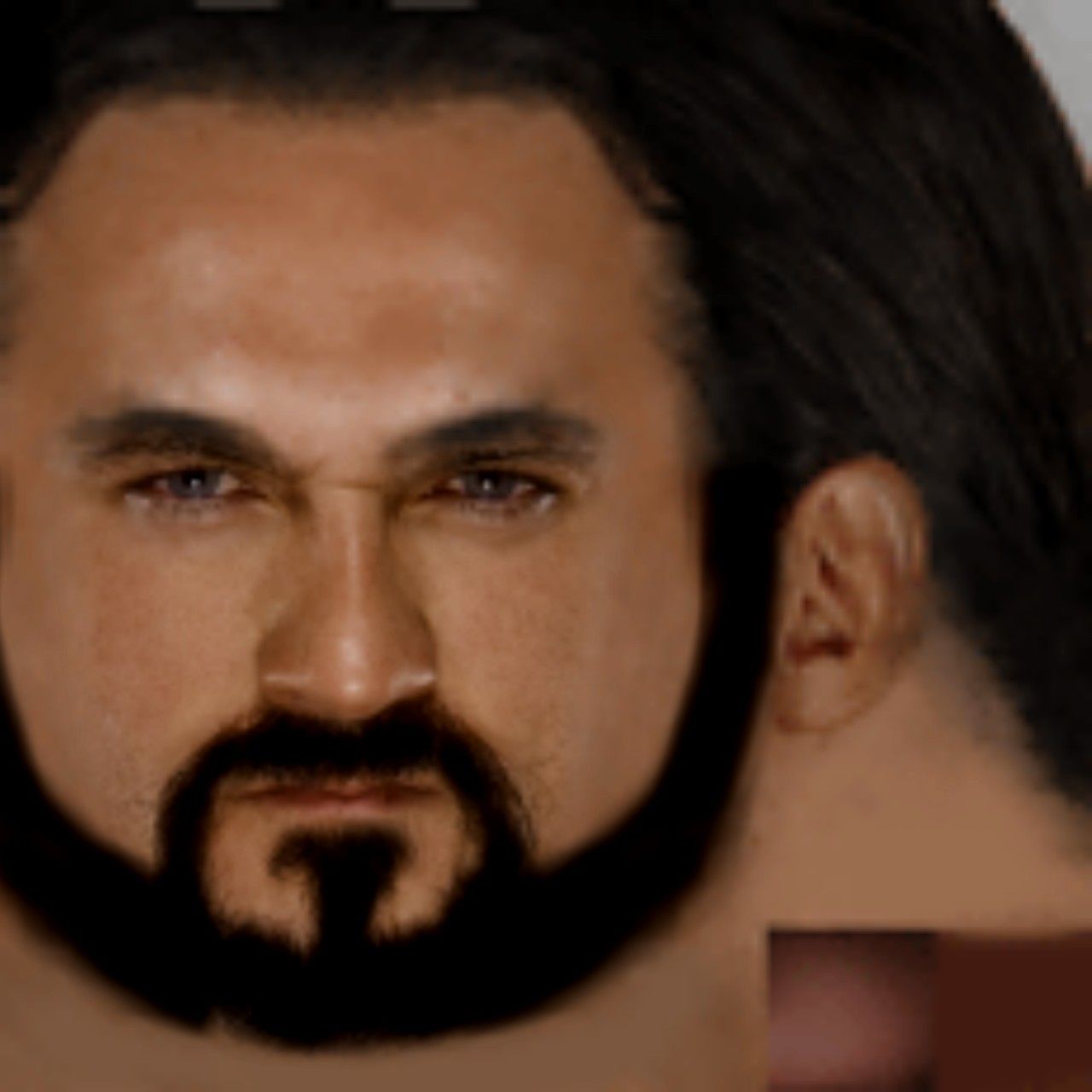 @"Nweintraub" I've added SvR 2011 textures to the "-More By Game-" folder. Those contain DLC textures so it's probably not from a PS2. I do want to point out that Tommy Dreamer, Jeff Hardy, Bob Orton, Dusty Rhodes and Ted DiBiase Sr. are not in SvR 2011's roster, plus, Carlito's texture in that game is the exact same as SvR 2010, as he only appears as a NPC, so they got lazy.

One more thing, I'd like to download the textures from WWE WrestleMania XIX for Nintendo GameCube to see what they look like. Except I can't find them anywhere. Do you happen to have them, by any chance? It contains the following roster;
If there's any chance you could give me all 44 of them, that would make me happy. Thanks.